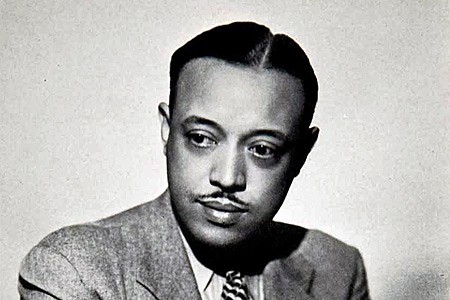 Grace Chorale’s 2019 spring concert, “A Long Dark shadow” brings together a diverse group of singers, composers and conductors  in a centennial musical exploration of race and the African-American experience in the United States.

The year 2019 marks the centennial of the Red Summer of 1919 when deadly racial conflicts and lynchings across the country led to the deaths of hundreds of people, mostly black. Tens of thousands of other African-Americans were forced to flee destroyed homes and businesses. The Great Migration had just begun. A seminal period in our history, it involved the relocation north and west of 6 million African-Americans from the southern United States over the next 60 years. Spurred by limited economic opportunities and segregation laws, African-Americans began finding employment in cities that were experiencing labor shortages due to World War I. However, returning white soldiers resented the African-Americans who were given the jobs they once held.  African-American soldiers, in turn, resented not receiving the same peacetime benefits as white soldiers. Tensions reached a boiling point in 1919 when the first racially-motivated attacks began. Lasting from May to October, the period of these conflicts became known as the “Red Summer.” Fast forward one hundred years – what progress have we made? The Civil Rights Act of 1964, the Voting Rights Act of 1965, and the Fair Housing Act of 1968 all led to reforms; however, many parallels remain between the race matters of 1919 and those of today.

Our concert gives voice to the “long dark shadow” of racism in the United States. The program will consist of two parts. We will begin with the great African-American composer William Grant Still’s choral ballad, And They Lynched Him on a Tree. This ground-breaking piece of music on lynching in America was conceived by eminent members of the Harlem Renaissance, and premiered by the New York Philharmonic in 1940. The composition calls for a small orchestra and narrator along with a soloist to play the mother of the victim, a “white chorus” to depict the mob, and a “black chorus” that discovers the lynching.

Our partnerships with The Brooklyn College Symphonic Choir and Conservatory Singers led by Malcolm J. Merriweather, and The String Orchestra of Brooklyn led by Eli Spindel, Artistic Director will comprise choruses of 150+ voices, two conductors, and 20 instrumentalists and soloists.

Finally, as part of the Chorale’s commitment to commissioning new works, the second part of the program will be a piece by two young composers, Tanyaradzwa Tawengwa and Flannery Cunningham whose winning composition examines the historical context of the Red Summer.

This program reflects Grace Chorale’s ambitions and successes over the past year. “A Long Dark Shadow” allows us and our expanding audiences to embrace this important history together, with the hope that, particularly in these times, we might all step forward with greater racial awareness.

The Grace Chorale will have a second performance of A Long, Dark Shadow at St. Ann & the Holy Trinity Church on Sunday, March 3, at 3:00 pm.