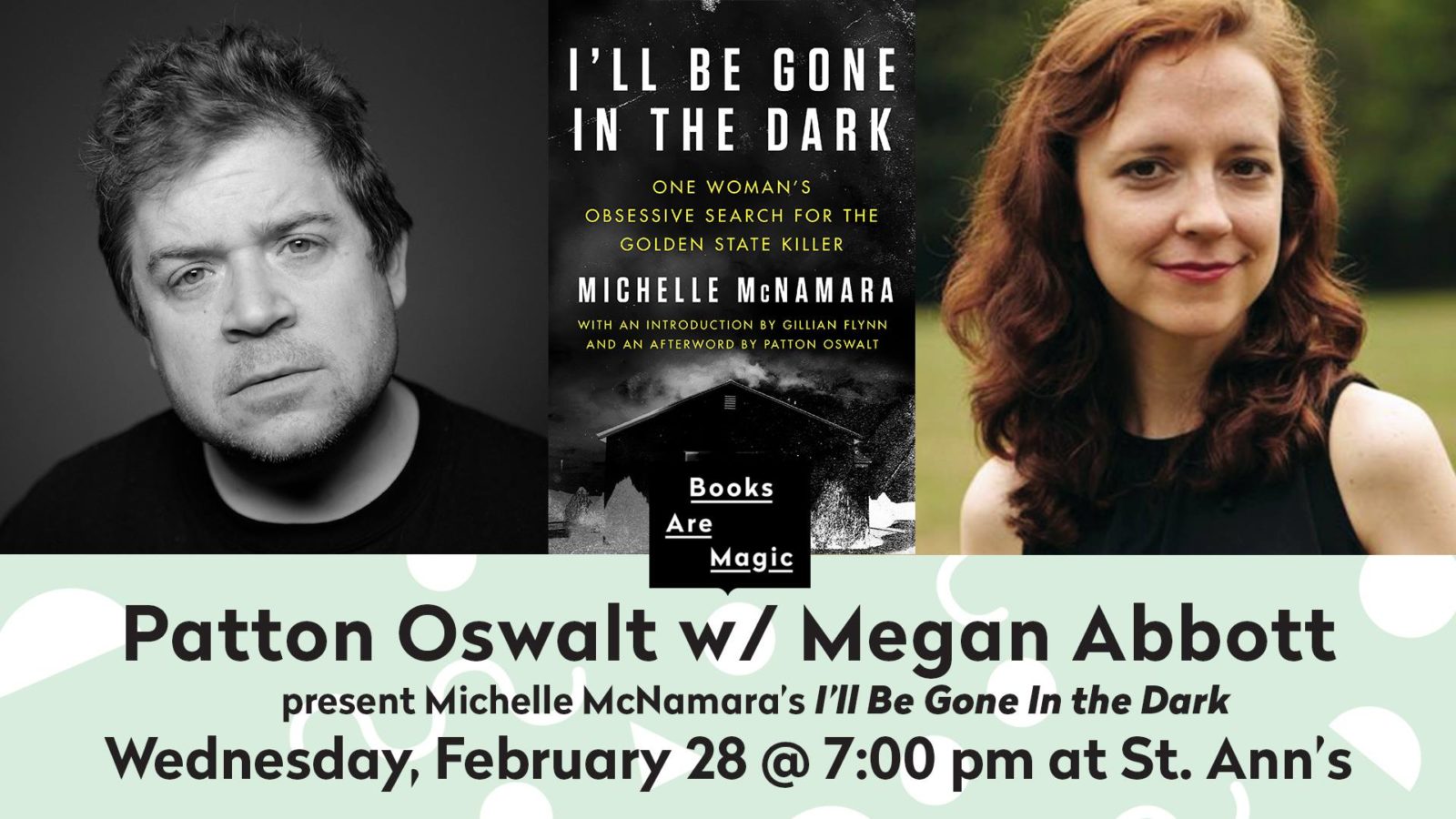 I’ll Be Gone in the Dark is the masterful true crime account of the Golden State Killer, a serial rapist and murderer who terrorized California in the ’70s and ’80s by Michelle McNamara, the gifted journalist who died tragically while investigating the case.

Join Books Are Magic, McNamara’s husband, Patton Oswalt, and novelist Megan Abbott to celebrate the masterpiece she was writing at the time of her death.

Lauded as brilliant by the likes of Stephen King and riveting by Michael Connelly, I’ll Be Gone in the Dark is destined to become a true crime classic, showing the tireless pursuit and dedication of a journalist on the hunt to unmask a killer.

Michelle McNamara was the author of the website True Crime Diary. She earned an MFA in fiction writing from the University of Minnesota, and had sold television pilots to ABC and Fox and a screenplay to Paramount. She also worked as a consultant for Dateline NBC. She lived in Los Angeles and is survived by her husband, Patton Oswalt, and their daughter, Alice.

Patton Oswalt is the author of the New York Times bestseller Zombie Spaceship Wasteland. He has released four TV specials and four critically acclaimed comedy albums, including the Grammy-nominated My Weakness Is Strong. He put together the Comedians of Comedy tour and television series. Oswalt has also appeared on many television shows and in more than twenty films, including Young Adult, Big Fan, and Ratatouille. He lives in Los Angeles, California.

This event will take place at St. Ann’s Church at 157 Montague St in Brooklyn Heights. Get tickets here: https://www.brownpapertickets.com/event/3326342