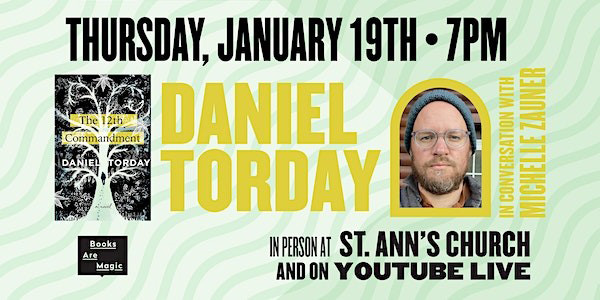 The Dönme sect—a group of Jewish-Islamic adherents with ancient roots—lives in an isolated community on rural land outside of smalltown Mt. Izmir, Ohio. Self-sustaining, deeply-religious, and heavily-armed, they have followed their self-proclaimed prophet, Natan of Flatbush, from Brooklyn to this new land.

But the brutal murder of Natan’s teenage son throws their tight community into turmoil.

When Zeke Leger, a thirty-year-old writer at a national magazine, arrives from New York for the funeral of a friend, he becomes intrigued by the case, and begins to report on the murder. His college girlfriend Johanna Franklin prosecuted the case, and believes it is closed. Before he knows it, Zeke becomes entangled in the conflict between the Dönme, suspicious local citizens, Johanna, and the law—with dangerous implications for his body and his soul.

Swirling with secrets and their consequences, exploring how revelation and redemption might be accessed through sin, and driven through twists and turns toward a startling conclusion, The 12th Commandment is a brilliant novel by award-winning author Daniel Torday.

Daniel Torday is the author of The 12th Commandment, The Last Flight of Poxl West, and Boomer1. A two-time winner of the National Jewish Book Award for fiction and the Sami Rohr Choice Prize, Torday’s stories and essays have appeared in Tin House, The Paris Review, The Kenyon Review, and n+1, and have been honored by the Best American Short Stories and Best American Essays series. Torday is a Professor of Creative Writing at Bryn Mawr College.

Michelle Zauner is best known as a singer and guitarist who creates dreamy, shoegaze-inspired indie pop under the name Japanese Breakfast. She has won acclaim from major music outlets around the world for releases like Psychopomp (2016) and Soft Sounds from Another Planet (2017). Her most recent album, Jubilee (2021), earned two GRAMMY nominations for Best New Artist and Best Alternative Music Album. Her first book, Crying in H Mart, an unflinching, powerful memoir about growing up Korean-American, losing her mother, and forging her own identity, is a New York Times Best Seller. She’s currently adapting the memoir for the screen for MGM’s Orion Pictures.