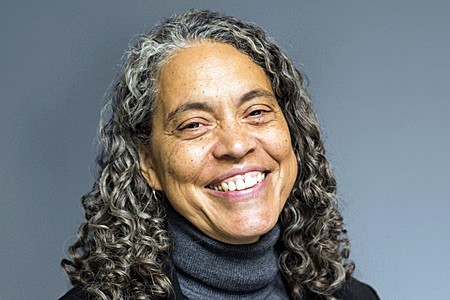 Mindy Thompson Fullilove, M.D., will be St. Ann’s guest preacher in the first of the Lenten Preaching Series “Reimagining the Possible” on Sunday, March 17, 2019. She will speak at Early Church, 9:30 am. and at Holy Eucharist, 11:15 am.

Lent is a season in which Christians reflect on Jesus’ journey to the cross. It is a time of introspection and self-examination in which we reckon with the mistakes of the past and confront the burden of sin in our lives. On four Sundays in Lent, guest preachers will invite us to resist the legacy of sin over generations and centuries and to engage personally and collectively in the work of reconciliation, restoration and healing in our communities and our world.

Mindy Thompson Fullilove, M.D., is a clinical psychiatrist and professor of Urban Policy and Health at The New School. Her research examines the mental health effects of environmental processes such as violence, segregation, and urban renewal. Dr. Fullilove is an organizing committee chairperson for “400 Years of Inequality: A Peoples Observance for a Just Future,” a project commemorating the 400th anniversary of the first slave ships reaching Jamestown, Virginia, in 1619.

The upcoming guest preachers in the  “Reimagining the Possible” series are:

March 24—Ben Cowan
Ben Cowan is a visual artist and member of St. Ann & the Holy Trinity. He received his training at the School of the Art Institute of Chicago and Indiana University. His work includes cropped, collaged, and concentrated vistas inspired by his surroundings, including his Brooklyn neighborhood, and is suffused with interpersonal and supernatural experience. His installation of hundreds of custom cut, hand-painted panels, “Journey of Small Shifts,” is currently on display in the sanctuary of St. Ann’s.

March 31—Jeff Levy-Lyons
Jeff Levy-Lyons is a trainer and coach in the art of skillful communication and a member of the steering committee of the Jewish Climate Action Network (JCAN) NYC. JCAN works nationally through education, activism, and organizing in Jewish communities with partner organizations to address the crisis of climate change.

April 7—Bryan Doerries
Bryan Doerries is the co-founder of Theater of War Productions (ToWP) and the company’s artistic director. For over ten years, ToWP has staged readings of classical Greek tragedies and engaged audiences in conversation to address public health and social issues in nontraditional venues across the country and around the world. ToWP partners with the U.S. Department of Defense, as well the New York City Department of Cultural Affairs and Department of Veterans Services and many other institutions and organizations, including the New York and Brooklyn Public Libraries. Doerries is the first and current Public Artist-in-Residence for the City of New York.