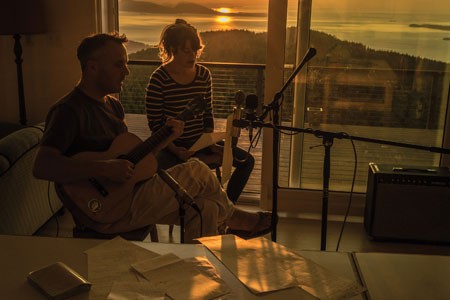 Mount Eerie and Julie Doiron will appear on tour performing music from their new album, Lost Wisdom pt. 2, to be released on November 8 via PW. Elverum & Sun. Mount Eerie is the musical project of Washington-based songwriter and producer Phil Elverum. Elverum is the principal member of the band, but has collaborated with many other musicians on his records and in live performances.

Julie Doiron has become established as an expressive and thrilling songwriter and has collaborated many times with Mount Eerie, including in the outstanding and emotional Lost Wisdom, 2008.

AdHoc, producer of the event, is an independent Brooklyn-based events collective and music publication repping the best of the underground.