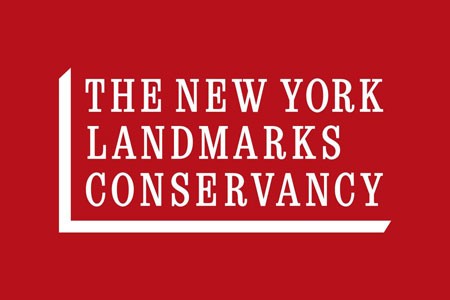 The New York Landmarks Conservancy Sacred Sites Open House takes place on Sunday, May 19. St. Ann & the Holy Trinity is especially glad to participate again as this year’s theme is “From Medieval to Modern: Celebrating New York’s Religious Art and Architecture.” We’ll open our doors on from 9:00 am to 5:00 pm, with a 30-minute organ recital performed by our music director, Gregory D’Agostino, to begin at 12:30 pm (immediately following the 11:15 am Holy Eucharist).

The National Historic Landmark church now known as St. Ann & the Holy Trinity was built as The Church of the Holy Trinity by Brooklyn paper manufacturer Edgar Bartow. Construction of the church began in 1844 on the highest point in Brooklyn Heights. Bartow chose architect Minard LaFever to design the church and adjoining chapel and rectory, which are considered to be the finest achievement of LaFever’s career. An important example of Gothic Revival architecture in America, the richly ornamented church is notable for its elaborately vaulted roof and extensive suite of figural stained glass windows by William Jay Bolton, the first ever made in North America. The church opened on April 25, 1847.

The New York Landmarks Conservancy is hosting its Ninth Annual Sacred Sites Open House. The theme, “Medieval to Modern: Celebrating New York’s Religious Art and Architecture,” highlights the broad spectrum of historical periods, faith traditions, and styles of religious architecture found in communities throughout New York State. Since 2011, congregations throughout the State have been invited to open their doors for Sacred Sites Open House so neighbors and tourists can experience first-hand the wonderful art, architecture and history of New York’s religious sites. Over 150 churches, synagogues, and meeting houses will be open statewide. Participating sites will showcase their buildings and histories via lectures, musical performances, and special guided tours as well as highlight other cultural and social service programs offered throughout the year.