GRATEFUL: A Night of Thanks, Giving and Song!
Join us at this celebratory cabaret.

GRATEFUL: A Night of Thanks, Giving and Song! is this year’s fabulous fundraiser for St. Ann’s featuring performances by acclaimed vocalists and Broadway singers Tracy Michaildis and Michael Winther, joined by stand-up comedian, Diana Yanez, who will get the party started! GRATEFUL is an after-dinner event to be held in St. Ann’s newly renovated parish hall. We’ll enjoy homemade desserts and raise a glass to our successes in ministry and service to our neighbors over the past year.

Enjoy the abundant talents of these performers. 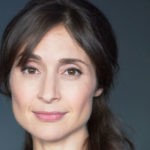 Canadian-born and raised,Tracy Michailidis has performed leading roles in both the U.S. and Canada, including Beauty and the Beast on Broadway and on the national tour. She was also a part of the Fun Home National Tour, where she met Michael Winther. She’s spent seasons at the Stratford, Charlottetown and Shaw Festivals in Canada, and many seasons at the Weston Playhouse in Vermont. Tracy originated roles in Emily, Little Women, Chanticleer, and Life After, for which she won a Dora Award. Favorite roles include Franca in The Light in the Piazza, Lucille in Parade, Mary in Mary’s Wedding and Sarah in Guys and Dolls. 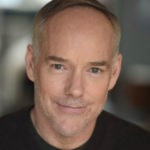 Michael Winther has appeared at major venues across the country, celebrating the songs of Sondheim, Berlin, Arlen, Gershwin, Porter, Bernstein and Rodgers. He has appeared on Broadway in 33 Variations, Mamma Mia!, 1776, Artist Descending a Staircase and Damn Yankees. Michael recently completed the national tour of the 2015 Tony Award winning Best Musical, FUN HOME. He has performed various solo evenings of music at 54 Below, Joe’s Pub, Birdland, The Metropolitan Room and Ars Nova. Film credits include The Avengers, Jumper, The Break-Up, Mr. & Mrs. Smith. Television credits include The Blacklist, Mysteries of Laura, Boardwalk Empire, Hostages, Leverage and Law & Order. 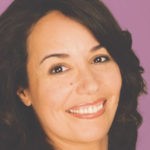 Diana Yanez hails from Miami, Florida, (the “other” Cuba), and is first generation American. She first gained national recognition with her now legendary viral videos, Spanish For Your Nanny, Let Me Borrow That Top, and My Puss (co-written and performed with Margaret Cho and Kurt Hall). A story-teller at heart and a stand-up comic, her critically acclaimed The Latina Christmas Special (Critic’s Choice, Los Angeles Times) and Viva La Evolución! (a New York International Fringe Festival winner) are hilarious dips into her Hispanic American heritage. Diana produced and performed on Outlaugh on Wisecrack (The Logo Network) as well as around the country touring with Margaret Cho and as a stand-up comedian. She has performed at LA’s premiere comedy venues including, The Improv, The Comedy Store and the Laugh Factory.


Help us to sustain our mission and maintain our many significant programs designed to feed body, mind and spirit. Please register at Brown Paper Tickets to attend GRATEFUL at any level. If you are unable to join us, your generous donation will be deeply appreciated. Finally, all are welcome to this event, regardless of ability to pay. Consider purchasing a ticket for someone who cannot afford it.