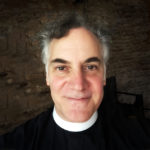 The Rev. John E. Denaro began his ministry at St. Ann & the Holy Trinity on March 1, 2011, as Priest-in-Charge, and was called as Rector in June 2013. On May 5, 2019, the Rt. Rev. Lawrence Provenzano, bishop of the Episcopal Diocese of Long Island, named him honorary canon of the Cathedral of the Incarnation in Garden City.

In addition to his experience in parish ministry, Fr. Denaro worked in the church communications realm, as a video producer at Trinity Church on Wall Street and, from 2003-11, as the Church Relations Officer for Episcopal Migration Ministries (EMM), the refugee resettlement arm of the Episcopal Church. His efforts over eight years at EMM supported parishes and communities throughout the U.S. to respond at a local level to global needs, which he continues to do at St. Ann’s.

Fr. Denaro grew up in the Bronx and graduated from Williams College and the Berkeley Divinity School at Yale University. He lives in Brooklyn Heights with his spouse, Joel Van Liew. Follow him on Instagram @canonjohnnyd. 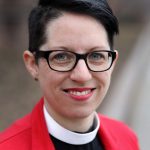 The Rev. Elise A. Hanley (she/they) attended the General Theological Seminary, graduated from Union Theological Seminary in May 2016, and was ordained a priest in the Episcopal Diocese of New York in October 2016. Rev. Elise’s first call was as Associate Rector at Trinity on the Green in New Haven, Connecticut, where she also served as Assistant Chaplain to the Episcopal Church at Yale. Rev. Elise returned to the Diocese of New York in February 2020 to serve as Associate Rector of the Church of the Epiphany on Manhattan’s Upper East Side, providing pastoral support to a community in a leadership transition, especially during the Covid-19 pandemic, and seeing them through a successful move into a brand new, 35,000 square foot church building.

Prior to seminary, Rev. Elise worked at Marble Collegiate Church as Director of Mission and Outreach. They also provided volunteer support for and helped oversee the outreach programs of their sponsoring parish, St. Bart’s, including their 365-night-a-year women’s shelter. Elise is a graduate of NYU’s Tisch School of the Arts, and worked as a stage and production manager on, off, and way off Broadway prior to discerning a call to the priesthood.

Rev. Elise is married to Chris Ashley, who serves as the Administrative Chaplain at New York-Presbyterian Hospital. They make their home in Forest Hills, Queens, with Ted, a rescue mini schnauzer, and at least three cats. A long time vegetarian and animal lover, Rev. Elise spends free time volunteering with a neighborhood cat rescue and at the Animal Medical Center in Manhattan, and also enjoys running, traveling, and learning the Irish language. 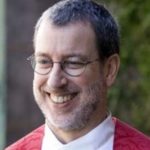 The Rev. Craig D. Townsend was ordained to the transitional diaconate in 1982, and to the priesthood in 1983. For the past twenty years, Craig served as Associate Rector and then Vicar (senior associate) at St. James’ Church on Madison Avenue in Manhattan, where he was in charge of education programs. In addition, from 2003 until last year, Craig directed a Lilly Endowment-funded program for the mentoring of newly-ordained clergy that was based at St. James’ (Kate Salisbury was in that program during the 2015-16 academic year). He retired from these positions last year and joined the staff at St. Ann & the Holy Trinity in the fall of 2017 to serve two Sundays each month for worship leadership and adult education. Craig’s second parish position (after beginning his career in Michigan) was here at St. Ann & the Holy Trinity, where he was Associate Rector from 1984 to 1987. Craig holds a Ph.D. in the Study of Religion (American Religious History) from Harvard University. He lives in Brooklyn with his wife, Cathy Fuerst, and they have two grown sons. 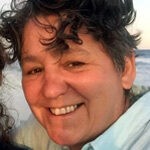 The Rev. Marie A. Tatro

The Rev. Marie A. Tatro serves on the Bishop’s staff as Vicar for Community Justice Ministry, coordinating and supporting diocesan-wide social and racial justice ministries, and is also a Priest Associate here at St. Ann’s. She received her M. Div. from The General Theological Seminary and was awarded the J. Wilson Sutton Prize for the top senior thesis. She has a juris doctorate from C.U.N.Y. Law School, and a bachelor of arts cum laude from Amherst College. Before seminary, Mother Tatro worked for 19 years as an attorney in non-profit organizations representing low-income New Yorkers in the civil court system. Since entering the priesthood, she has served in various parishes in Brooklyn, Queens and the Bronx. She also collaborates with several interfaith organizations across NYC and Long Island.

Mother Tatro is married to Meghan Faux, who is the Chief Deputy Attorney General For Social Justice in the NYS AG’s Office. They live Fort Greene, Brooklyn, with their two daughters. 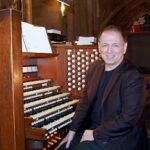 Organist Gregory D’Agostino joined St. Ann & the Holy Trinity as Interim Music Director, playing his first Sunday service on our Skinner organ at the joyous Festival Eucharist on Palm Sunday, April 9, 2017. He earned the Doctor of Musical Arts degree from The Juilliard School, where he was also on the faculty. Since 2008, he has been a member of the Organ Faculty at Mannes College of Music at the New School. Recently, he was organist and choirmaster at the Church of the Blessed Sacrament near Lincoln Center. An accomplished organist, Dr. D’Agostino has performed internationally, including at Lincoln Center, the Piccolo Spoleto Festival in Charleston, Suntory Hall in Tokyo, St. Paul’s Cathedral in London, Notre Dame in Paris and as recitalist for various conventions of the American Guild of Organists. Dr. D’Agostino is a member of the Musicians Club of New York and has served as a jurist for its Serge & Olga Koussevitzky Young Artist Awards. 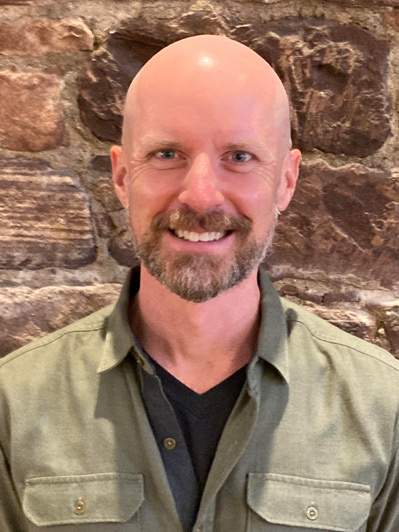 Edward McKeaney joined the staff of St. Ann & the Holy Trinity in April 2022. As Operations Director, Edward serves in a new role and is taking on a range of administrative and property management duties.  Ed comes to us from the Iyengar Yoga Association of Greater New York (IYAGNY), a 501(c)(3) educational non-profit, where he served as Executive Director from 2014-2022. Prior to IYAGNY, Edward worked in various capacities in the performing arts, with roles at the Contemporary American Theater Festival, Abingdon Theatre Company, BAM, The Wooster Group, and Elevator Repair Service Theater, while acting as an independent Producer for Banana Bag & Bodice and Pearl D’Amour. He continues his passion for the arts today by serving as the Treasurer for Big Dance Theater.

Ed grew up outside of Philadelphia and several other cities across the United States and currently lives in Ditmas Park, Brooklyn, with his daughter. 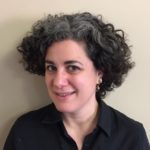 Events and Space Use Manager

Lauren Bakoian joined the staff of St. Ann & the Holy Trinity in January 2016. Lauren is a visual artist who received her MFA in Printmaking from Washington University in St. Louis, Missouri, and her BFA from Maine College of Art in Portland, Maine. She has worked in the New York City art world, first as a master printer and manager of Robert Blackburn’s Printmaking Workshop and then, for almost 18 years, as director of Lori Bookstein Fine Art in Chelsea.

Lauren lives with her husband Michael and daughter Ani in Greenpoint, where weekends are full of making art and granola and deciphering first-grade math homework.